Nearmap Gets Sued for Patent Infringement 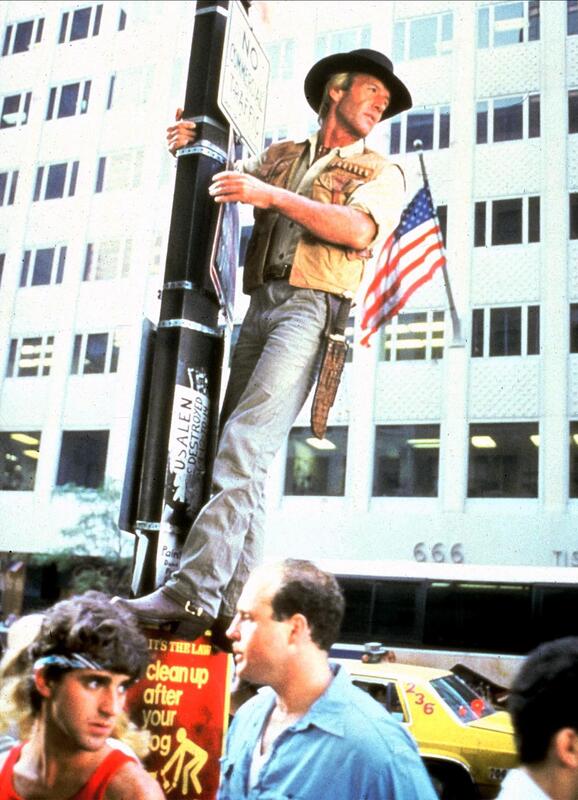 Crocodile Dundee: Like Nearmap, he was baffled about how to navigate in America. ​
After denying there was any problem, Nearmap (NEA ASX) has now been locked out of 65% of its U.S. sales by an ironclad patent challenge. After paying heavy damages, Nearmap is unlikely ever to be profitable in the U.S. It will mean losing 39% of total revenue and all of the company’s growth. If Nearmap survives, it will return to the small Australian market, where it is losing share.

When the news of the lawsuit broke, Nearmap said “The business remains unaffected.” The market begs to differ: share price fell by nearly 25%. Australian regulators had halted the stock as soon as we issued our February 10 report warning that this would happen, allowing the company to publish a non-response and push up the stock when the market re-opened. Investors lost out. Insiders won: Non-Executive Chairman Peter James made another AUD$809,497 from selling shares on March 15.

Nearmap upgraded profit guidance after closing on May 4, and shares rose 15% the next day, before the news broke. Eagleview filed its case sometime during the U.S. day on May 4, 2021. Why didn't management request a trading halt before the open at 10 am in Sydney? Six million shares traded before the halt.

If investors are to recover any value, they need to confront management with tough questions: The case against Nearmap
U.S. competitor EagleView filed a lawsuit in Utah against Nearmap on May 4, 2021 claiming infringement of their patents for roof estimation, impacting EagleView sales in the insurance, solar, construction, and government sectors. This litigation revists EagleView’s successful action against Exactware. Initially required to pay $125 mln in 2019, Exactware appealed, lost, and had the damages trebled to $375 mln plus costs estimated at $50 mln because the infringement and litigation were considered willful and vexatious.

EagleView is relying on two key patents that protect the display of aerial roof estimations and the process for calculating roof  measurement. These two patents are particularly broad in their definition. It does not really matter what process a competitor uses to generate a roof measurement and display: the fact that they do it at all is sufficient to infringe on EagleView’s rights.

We expect Nearmap to counter by saying they don't produce roof reports and their methodology is sufficiently different. Nearmap will likely claim it uses digital surface models (based on 3D modeling). Our research indicates this method is inaccurate and that it is likely that Nearmap has been relying on a methodology similar to EagleView's. Nearmap has made a clear decision to fight the complaint so we believe the middle path of a negotiated settlement where Nearmap agrees to say pay a royalty to EagleView is out of the question. Expect the two parties to expend around $50 mln to slug those details out. EagleView is now armed with a court-tested patent from the Exactware case.

We expect EagleView to easily defeat Nearmap in court. Should Nearmap lose they will be shut out of the $120 mln roof-measurement market and segments of the government sector. Without those sectors, Nearmap will struggle ever to make a profit in the U.S. We believe that Nearmap failed to disclose its patent-infringement risk. Our interviews suggest that Nearmap was aware of the risk of an EagleView patent-infringement action as early as 2019. We learned in interviews that:

Initiation Report: February 10, 2021
J Capital Research ("J Cap") is a stock-research company. J Cap has analyzed the Australia-listed company Nearmap Ltd. (“NEA”) and is hereby publishing the outcome and the conclusions of our analysis, based on publicly available information. We may be short shares of NEA AX and, for this reason, there might be a conflict of interest.
Nearmap Ltd. (NEA AX) repeatedly assures investors it deserves a heady share price because of high growth and coming profits in the U.S. market. Actually, the company is laying off sales staff and offering discounts in a panicked attempt to improve margins, kneecapping its efforts to grow. Nearmap is apparently trying to hide its U.S. failure with accounting tricks to pull forward revenue. Without these maneuvers, U.S. revenue growth could have been half what was reported.

Nearmap turned up in the U.S. in 2014 with a unique product but failed to monetize it, and now competitors have speeded past. The company incurs twice the costs of the leading U.S. competitor to complete the same surveys and has a vanishingly small U.S. market share after seven years of trying. Its analytic technology lags far behind the competition. Sales to insurers, about 41% of the total, may be challenged in a potential patent dispute with key U.S. competitor. Throwing money at the problem isn’t helping.

The valuation and bull case for Nearmap are based on Nearmap’s assurance that it can replicate its Australian success in the much-larger U.S. market. The reality is that losses are widening, gross margins are going backwards, and competitors are crushing them. We spoke with five competitors, seven former employees, and 17 clients or prospective clients and learned that Nearmap has failed to succeed in any key sector in the U.S. Expect more losses and more hype about the prospects in the U.S. when the company reports H1 FY 2021 on February 16.

On February 15, Nearmap published a response to our report. They failed to refute any of our allegations. See our response here.
Our Response